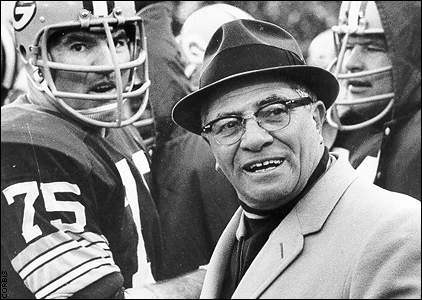 ‘IT’S NOT AS IF EAGLES’ KELLY IS BREAKING UP LOMBARDI’S PACKERS!’

The reaction in the Conventional Wisdom Media was that general manager Sam Hinkie is a fraud and a loser.

Now Eagles Supreme Leader Chip Kelly has gotten rid of LeSean McCoy, a very good runner who has seen his best days, and I am curious to hear what Angelo Cataldi, Michael Barkann and especially Sam Donnellon (he of the body language school of reading Chip Kelly) have to say.

As usual, the best take on yesterday’s trade and cuts of Trent Cole and Brandon Graham and Cary Williams was that of NJ.com’s Mark Eckel:

While Eagles fans bemoan the loss of their heroes, consider this: The team hasn’t won a playoff game since 2008. Kelly isn’t breaking up Lombardi’s Packers or Pittsburgh’s Steel Curtain. He’s getting rid of guys who failed to even make the playoffs three of the past four years.

As great as McCoy was for the Eagles in becoming the team’s all-time leading rusher — passing the likes of Steve Van Buren, Wilbert Montgomery and Brian Westbrook along the way — he never won a playoff game.

Van Buren won two NFL Championships, back to back. Montgomery and Westbrook got to a Super Bowl. McCoy is 0-3 in playoff games, losing to Dallas in 2009, Green Bay in 2010 and New Orleans in 2013. The Green Bay and New Orleans losses were at home.

That’s not a rip of McCoy. It wasn’t only his fault the Eagles lost all three games, although he scored just one touchdown in those games. It’s just harsh reality.

This team that Kelly is re-assembling — the one Andy Reid, Howie Roseman and Joe Banner let deteriorate — hasn’t done anything in a long time. And there’s a good chance it wouldn’t have, if kept together for a few more years.