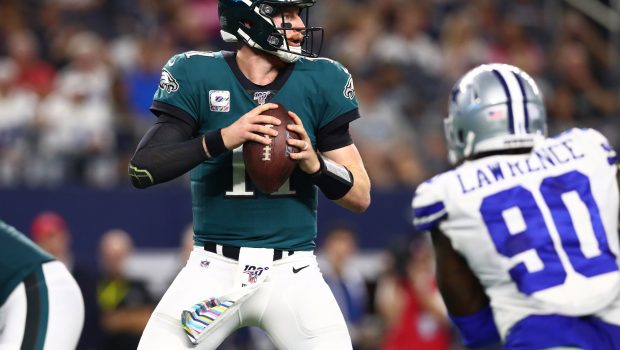 The NFC East just got crazier.

The Cowboys went to Washington with a chance of improving to 3-4, which would have put them ahead of the 2-4-1 Eagles for the division lead.

Instead, Dallas fell behind Washington early, lost Andy Dalton to a head injury — forcing its little-known third-stringer, Ben DiNucci, to finish the game — and got blown out, 25-3.

And that’s why the public has jumped on the Eagles, who opened as a 3 1/2-point fave next Sunday night against the Cowboys at the Linc.