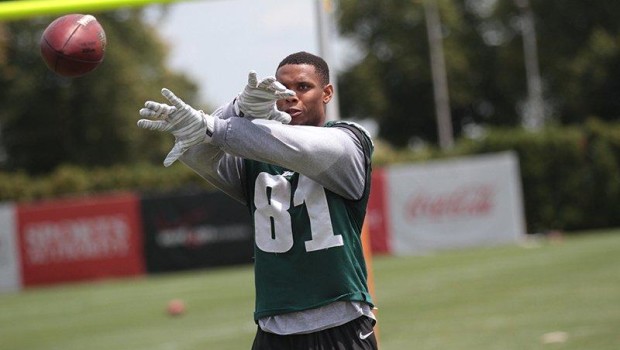 In a normal year, he’d be better known after a rookie season in which he produced a stat line like 67-872-8, but due to the inordinate number of stud wideout frosh in 2014, Matthews was lost in the shuffle.

He struggled some against press man coverage and required the scheme to free him up last year, but he’s been the best player on the field in Eagles camp and is ready to dominate this year.