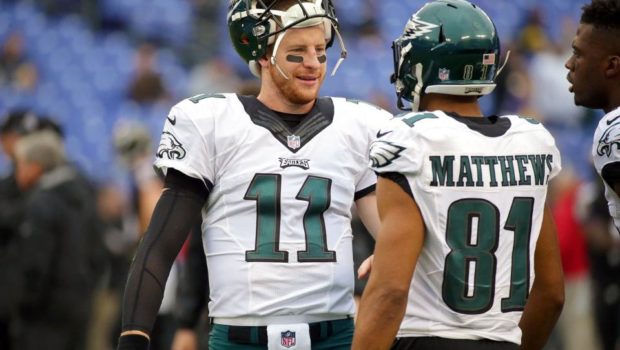 So, Jordan Matthews has been at OTA’s because of knee tendinitis, and his absence couldn’t come at a worse time!

So when Matthews shows up he’ll behind the practice curve.

Since 2014, no other receiver has been targeted more or has more receiving yards from the slot than Matthews.