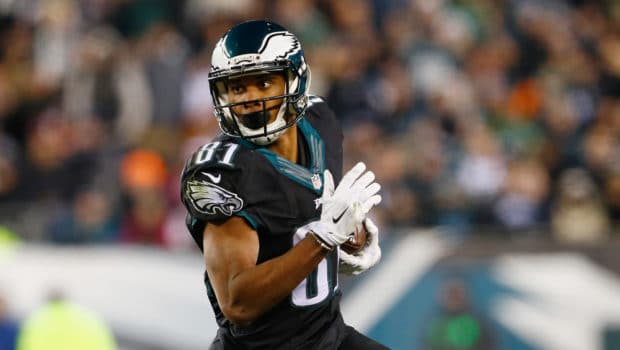 Wide receiver Jordan Matthews had an x-ray of the ankle, but it was negative and is expected to miss practice tomorrow.

Matthews suffered the ankle sprain in the Eagles’ 27-13 loss to the Green Bay Packers on Monday night, and he missed the entire second half because of it.

Brandon Brooks: The starting offensive guard missed the Eagles’ loss to the Packers because of a sudden illness that required him to be hospitalized. Brooks was released from the hospital this morning, and is expected to play against the Bengals.

Ryan Mathews: Pederson did not sound optimistic that starting running back Mathews will play against the Bengals, saying he is still day-to-day with an MCL injury he suffered against the Seattle Seahawks last Sunday.

Halapoulivaati Vaitai: Of all the injured Eagles, the prognosis for Vaitai appears to be the worst, as he is still considered “week to week” by Pederson. It would be a surprise if Vaitai played against the Bengals.

Marcus Smith: Smith suffered a left shoulder contusion against the Packers, but he should practice tomorrow.