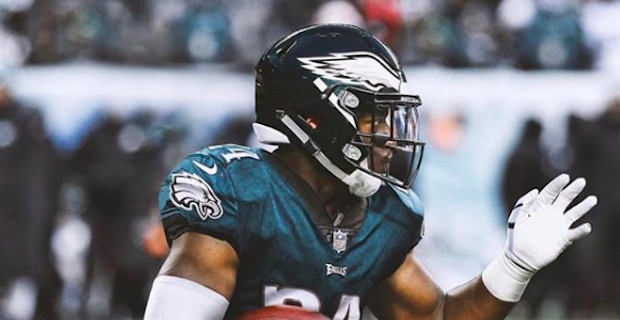 EAGLES JORDAN HOWARD WILL GET LOTS OF CALLS TODAY IN MINNY!

Eagles coach Doug Pederson has called more runs, perhaps due to the injuries at wide receiver.

As a result, Jordan Howard has become a focal point of the offense and he’s been solid.

In the Eagles’ last two wins, Howard has rushed for 149 yards on 28 attempts (5.32 yards per attempt) and three touchdowns

The Eagles will continue riding the hot hand in the backfield and Howard will have another notable outing in Week 6. It won’t be easy running the ball though, with Minnesota having the ninth-ranked run defense in the NFL this season.