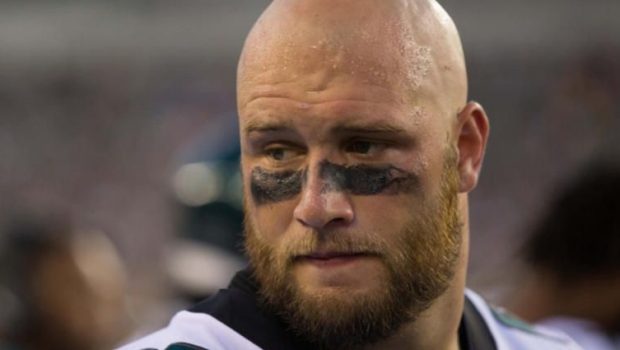 EAGLES JOHNSON: MCNABB IS JEALOUS OF WENTZ AND A FAKE!

You just knew the Eagles would rise to quarterback Carson Wentz’s defense after lame-ass Donovan McNabb trashed him over the weekend, saying:

“The time was ticking on Carson Wentz to prove he can be a winner in Philadelphia,”

“This is what I meant — every training camp we have all of these ex-players come and shake our hands, wish us good luck. Then, they just go out and just talk hate. I feel there is a lot of envy, jealously, and I see a lot of fakery. It isn’t just me — a lot of other teammates see it too. You would think the best quarterback in franchise history would try to build up a young man that looks up to him instead of always criticizing him, critiquing him and wishing he would fail so he could be the missing link and feel better himself. That is what I don’t like,” Johnson said. “I’m not a guy that thinks I have it all figured out, I have many problems as well, but I get tired of all the fakery to be honest with you.”

Johnson continued to explain his issues with McNabb’s comments.

“I don’t think (McNabb) wants (Wentz) to outsucceed him,” Johnson said. “I felt like a lot of players, even when we were making our Super Bowl (run) didn’t want us to win. That is just how it is. That’s how the world works. People can put on a good show, a good face, but the eyes never lie. I see it, a lot of other teammates see it. Honestly it is part of the business, but these guys say what they want, but then when an athlete voices his opinion, we’re the bad ones. We’re humans too. It’s not like we are just entertainment on Sundays and robots for everyone’s entertainment. It is what we do, its what we love, but some guy are scared to speak their mind because of they are scared of the criticism, scared of the backlash, afraid of getting thrown in the media in a bad light. The thing about my NFL career is I have seen the best and I have seen the worst. I feel like I have a lot of perspective other people don’t have.”

Although he was clearly aware of just how much McNabb has accomplished in an Eagles’ uniform, Johnson’s main issue was McNabb not showing more support for Wentz, who has had a rough offseason.

“Here is the thing I realized. When I go to the Pro Bowl, I see a lot of Hall of Famers walking by — everyone wants to stay relevant. Everybody has an ego. I’m not different. At the same time what really maters — glory fades. I’ve seen that. Donovan was the best quarterback the Eagles ever had,” Johnson said. “You would think instead of talking down and wishing the worst for someone who was in his position, you would think you’d be on the other side of the fence. But I think it goes to show you just what kind of intensions he has.”

Here’s what McNabb had this to say on the Zach Gelb Show on CBS Sports Radio:

“I think in the next two years or so (Wentz) has to find a way to get out of the second round of the playoffs. What Nick Foles was able to do taking them to the Super Bowl … proved that some people can get into that offense and be very successful. (Wentz) hasn’t been healthy, he hasn’t really proven to me besides the year before he got hurt and the first year of really (being) an MVP candidate. He needs to get back to that mode. I think personally if he can’t get out of the second round in the next two, maybe three years. Really two years to be honest with you, if they can’t get out of the second round, they should look to possibly draft another quarterback because you just don’t know about his durability.”