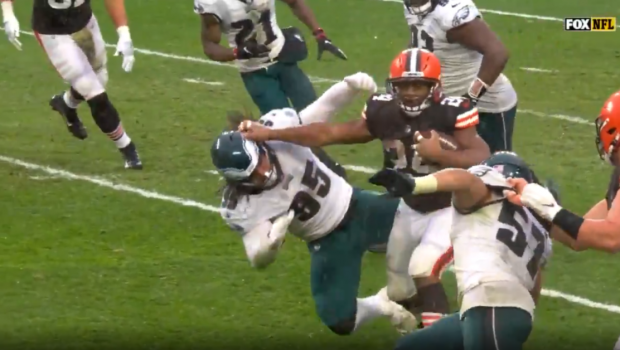 Nick Chubb has turned into a very good ball carrier for the Cleveland Browns during his three seasons, part of the reason why Cleveland is making a serious threat toward ending a playoff drought that is coming up on 20 years.

During the Browns’ games yesterday against the Eagles, Chubb showed once more why he is one of the NFL’s top running backs, taking out Eagles defensive end Joe Ostman with a ridiculous stiff arm during a 54-yard run to set up a Cleveland touchdown, putting them up 19-10.