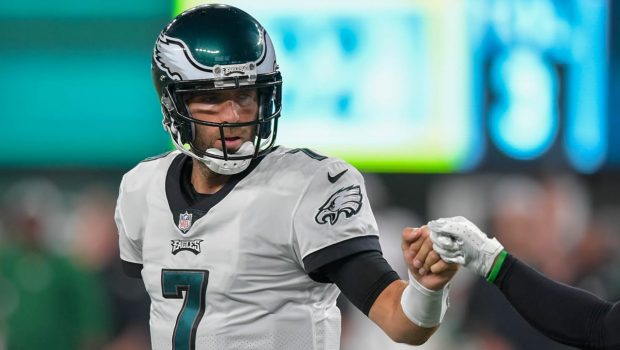 Jalen Hurts didn’t play again last night, so he finished the 2021 exo season with only a couple of drives under his belt.

Veteran Joe Flacco got the start in his place, and he performed fairly well.

The highlight of the night for the 36-year-old was a big-time throw to J.J. Arcega-Whiteside that resulted in a touchdown.

What a way to close out the half!#PHIvsNYJ | #FlyEaglesFly

Flacco actually bailed on the pocket four times overall. He completed all three pass attempts he had for 11, 16 and 42 yards while taking off with the ball once for a 4-yard gain.

QBs when time-to-throw was 2.6 seconds or more