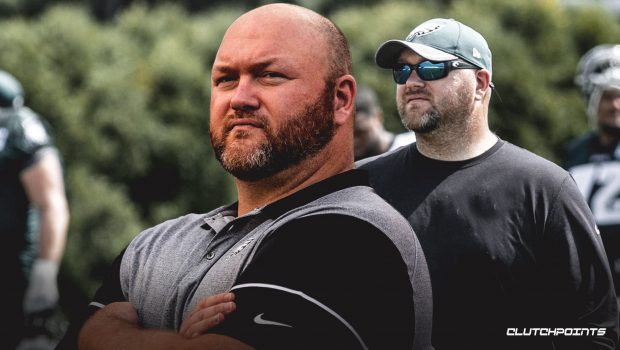 The New York Jets might finally be on the verge of establishing stability in the front office.

According to Manish Mehta of the New York Daily News, Eagles executive Joe Douglas is the “favorite” to become New York’s next general manager, and is poised to assume the role following a successful interview assuming he and the Jets are able to reach a contract agreement:

Eagles exec Joe Douglas remains the favorite to be the next Jets GM.

Barring an unimpressive interview with Chris Johnson this weekend (& financial hangup), Douglas appears in line to take over.

Douglas is the Eagles vice president of player personnel, hired in May 2016. Douglas is routinely given credit for his role in shaping the team that won the franchise its first Super Bowl in 2018.

Before joining the Birds, he spent the 2015 season as director of scouting for the Chicago Bears. Douglas got his start in the NFL with the Baltimore Ravens, serving in the team’s personnel department for 15 years beginning in 2000.

The Jets shocked the football world by firing general manager Mike Maccagnan on May 15th. Why the team elected to do so after letting Maccagnan run the front office for both free agency and the draft is anyone’s guess, but New York is generally considered to have acquired impact players this offseason regardless – even if two of them are particularly pricey.

The Jets signed former Pittsburgh Steelers running back Le’Veon Bell to a four-year, $52.5 million contract on March 13th, less than 24 hours after it was announced they had agreed to terms with star middle linebacker C.J. Mosley on a record five-year, $85 million deal. New York also selected Alabama defensive tackle Quinnen Williams with the No. 3 overall pick, a player who many believe was the top prospect in the 2019 NFL Draft.