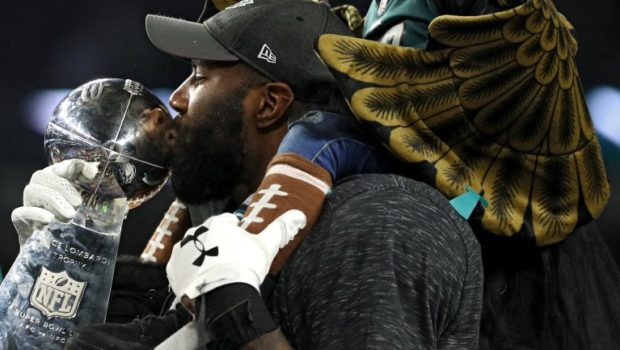 Eagles safety Malcolm Jenkins won’t be going to the White House to celebrate anything.

Among the most vocal leaders in the NFL players’ protest movement, Jenkins told CNN:

“No, I personally do not anticipate attending that,” Jenkins said.

Asked whether he had a message for Trump, Jenkins said: “I don’t have a message for the president. My message has been clear all year. I’m about creating positive change in the communities that I come from … I want to see changes in our criminal justice system.

“That’s what myself and my peers have been pushing for for the last two years, and that’s what I’ll continue to do.”

Jenkins is a leader of the Players Coalition, a group of players that focuses on social justice issues.

Previously, Eagles defensive end Chris Long and wide receiver Torrey Smith had said they would not travel to Washington D.C. if the Eagles won. Long, who played for the Patriots last season, skipped their White House visit last April. Last week, during a”Pardon My Take” podcast, Long said, “No, I’m not going to the White House. Are you kidding me?”