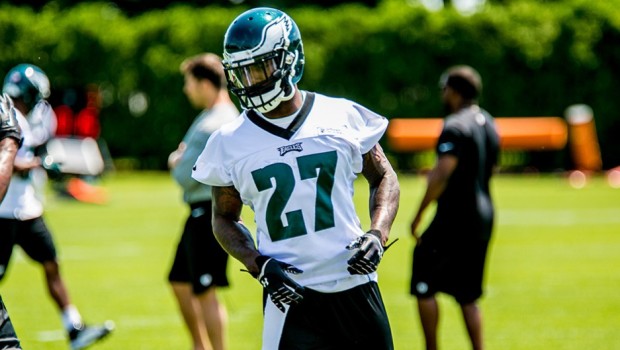 When free agent safety Malcolm Jenkins signed with the Eagles over the offseason, he knew they were looking for more than just how he’d play on the field.

“I think the biggest thing were the intangibles,” Jenkins said last week on “The Jim Rome Show. ”

“Being a guy that’s going to lead by example, that’s going to bring up some of the younger guys, that’s going help set the culture especially on defensive side of the ball. Outside of what I do on the field, those intangibles I bring, is something they really value.”

Jenkins says Eagles coach Chip Kelly’s style is a bit of a culture shock to some of the older players, but something they’ve bought into.

“We’re creatures of habit. It’s hard for us to accept change, it’s hard for us to say ‘We’re going to get 50 plays in an OTA practice’ as opposed to normally people are getting 20. There has to be a reason for it, and [Kelly] does a great job of explaining why and then taking care of us, as far as our recovery and our bodies,” said Jenkins. “Everything he does from a scheduling standpoint and a practice standpoint has a reason and that reason is explained to us. So it’s a lot easier for us to grasp it, understand it, take hold of it and buy in because he has a vision, he has a plan and then he articulates that plan to us. And I think last year was the first year, guys were kind of tip-toeing in and I think this year, everybody has bought in.”

The Super Bowl XLIV winner believes this Eagles team has what it takes to compete for a Lombardi Trophy, but they’re not focused on that now.

“I think we’ve worked harder than any team in the NFL,” said Jenkins. “I think we’ve gotten more reps and more exposure than any team in the NFL, so right now at this point we’re winning. Now, this doesn’t necessarily mean we’re going to win anything. All we can win is today and each day, we go out as a team and try to do that. I feel like if we continue on that path and get better and better as we go, I definitely see this team having a chance.”