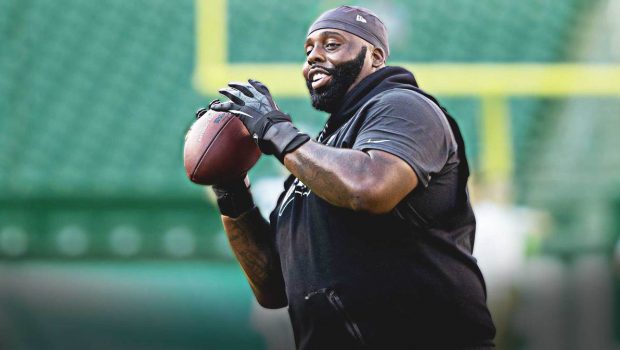 Eagles left tackle Andre Dillard is dinged and out for the year.

And coach Doug Pederson has some options, including swinging future Hall of Famer Jason Peters back to his old position.

But Peters remained at right guard in yesterday’s Eagles practice, and Pederson would only allow that Peters is “in the conversation” to replace Dillard at left tackle.

According to a report from the Inky’s Jeff McLane, Peters wants a raise from the one-year, $3 million pact he signed if he’s going to move back outside to tackle.

“JP’s done an outstanding job, coming in and playing the right guard spot,” Pederson said. “We’re going to continue to look at him there, as well. But we have some options, we’ve got a couple of days here before roster cuts and getting into the regular season.”

Those left tackle options include Matt Pryor, who manned the spot at practice, as well as Jordan Mailata and fourth-round rookie Jack Driscoll. None of them, obviously, have the experience or cache that Peters brings to the position, and it will be interesting to watch what the Eagles elect to do here.