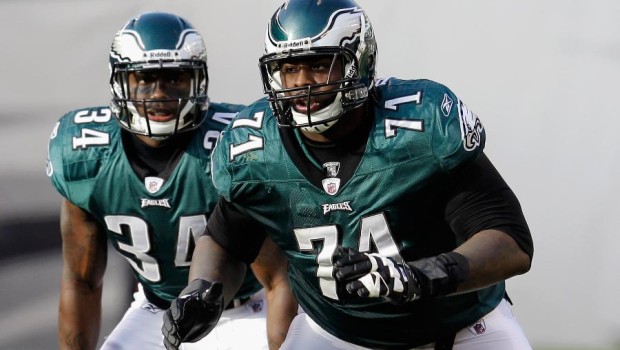 The results are in!

Everybody in the NFL community waits after each game to find out how Pro Football Focus grades out NFL player performances.

Here’s what PFF had to say about Eagles players after the big win over the New York Giants on Monday night:

The Eagles’ offensive line started out terribly but this season, but there’s been improvement in recent weeks. PFF grades seem to reflect that notion as well. The two starting tackles held up well in pass protection and also graded out well as run blockers. The starting guards struggled a little in pass protection but earned positive grades for their run blockers. It’s impressive that the Eagles ran the ball so well (33 carries for 153 yards) on a Giants defense that had been giving up the least amount of yards per rush attempt heading into this game. Give credit to an improved offensive line for helping to make that happen.

Ertz played the most snaps out of any skill player. He finished the night with 43 yards on four receptions. He could have had a touchdown or two had Bradford been able to actually throw with some accuracy, but that wasn’t the case.

Austin quietly had a solid game. The Bradford to Austin connection has typically been awful this season, but the veteran receiver was targeted three times and finished with three receptions for 60 yards. Efficient.

Cooper was targeted five times and finished with three receptions for 76 yards. He did a great job of tracking the ball and adjusting to Bradford’s badly underthrown deep pass on his touchdown reception.

Celek was once again marked down for poor run blocking. This could very well be Celek’s last season with the team.

Matthews dropped a pass and also fumbled at point.

Cox is a beast, but what’s new? This time the 24-year-old defensive lineman had one sack, one forced fumble, three quarterback hurries, one batted pass, three tackles, and four stops. Yawn.

Graham arguably had his best game of the season against New York. He finished with half a sack, one quarterback hit, three hurries, and two tackles.

Jenkins continues to have a great season. The starting safety forced a fumble on Rashad Jennings and made three tackles. He allowed allowed three receptions for 28 yards in coverage.

Carroll had a good game. He scored his first career touchdown on a pick six.

Curry notched his first sacks of the season by finishing with 1.5 total. He also recorded a quarterback hit and two hurries.

Ryans had a big game with one interception, one fumble recovery, one pass defensed, and five tackles. Ryans’ interception really turned the game around for the Eagles. It looked like the G-Men were about to go up 14-0 prior to that big play.

Allen graded out poorly as a run defender yet again. Allen ranks 63rd out of 68 nose/defensive tackles this season.

Maxwell was targeted five times and allowed four receptions for 38 yards. He was also called for two penalties, which hurt his grade.

Smith only played 12 snaps but he failed to register any kind of stat.