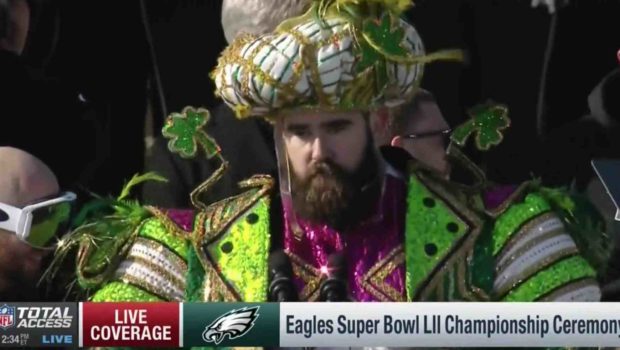 Eagles center Jason Kelce is nothing if not a loyal brother.

So he was thrilled to see his brother Travis and his former coach Andy Reid win a Super Bowl for Kansas City.

But when he was being asked the question about which city, Philly or KC, had the better parade, Kelce was emphatic.

“Philly, it’s not even close. Well the biggest thing, I took for granted how good the production was in the Philadelphia parade and how well everything was done organizationally, from the top down. From the moment everybody was speaking on the Rocky steps to the whole thing throughout, it was just a much better put together parade. On top of that, the fan environment wasn’t even close. I talked to Stefen Wisniewski, who was actually at both of them, and he confirmed with me that it wasn’t even close. I hate to break it to you KC, your second rate parade had nothing on ours. But kudos for the championship and I’m still happy for that city and that fan base.”