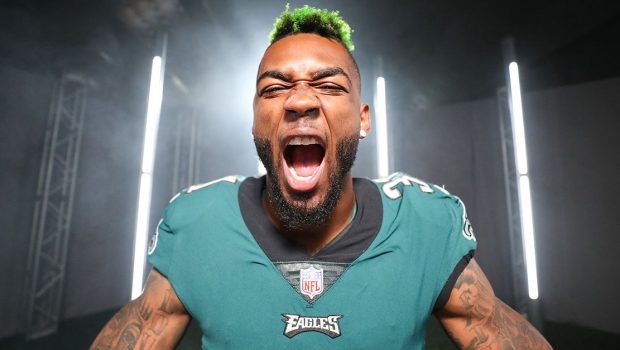 EAGLES JALEN MILLS’ RETURN WOULD BE AN OCTOBER SURPRISE!

Eagles cornerback Jalen Mills has been off the field so long — out since last October with a foot injury — so an update is in order.

Mills is on the PUP list and is eligible to begin practicing next week if he’s cleared by the team’s medical staff.

That opens a 21-day window where Mills can work his way back on the field before the team has to make another decision – place him on the active roster (and make a corresponding roster move) or keep him on the Reserve/PUP list for the remainder of the season.

Mills said yesterday that it was “always the plan” for him to return for the Week 7 Sunday night showdown in Dallas. But it’s not completely in his control.

“It’s all about the doctor and what he says,” Mills told Eagles.com. “It’s just sticking to the plan. They’ve had a great plan so far. I’m feeling good. Whatever he says I can or can’t do, I’m just going to follow.”

Mills suffered the foot injury in the win over Jacksonville in London last October 28 and missed the final eight games of the regular season. Mills said the only thing he is unable to do right now is practice.

“I’ve dealt with adversity before, not even just as far as the football aspect, just my life in general,” Mills said. “As far as that goes, it’s just keeping a strong mind, strong head. I’ve got great teammates, great coaches. They keep me into it as well.”

The Eagles don’t have to open the 21-day practice window next week. They can start it as late as the end of Week 11.

Mills is a physical and instinctive corner who has produced 203 tackles and three interceptions in his first three NFL seasons. He was the starter for the Eagles in the Super Bowl Championship campaign.