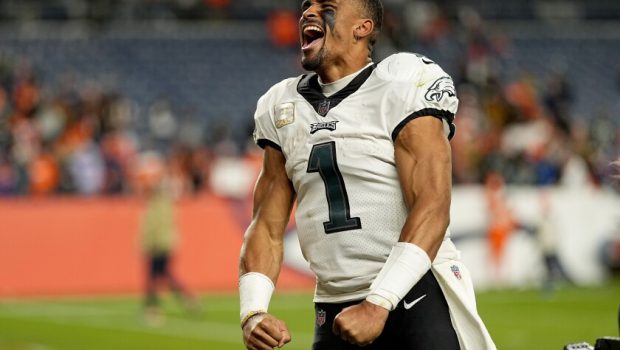 “This dude can play football. …

“If I can get those guys, we’re having a different conversation. There’s nobody coming out in the college football draft that’s better than Jalen Hurts right now. And I don’t give a damn what Todd McShay says, Mel Kiper or nobody else.

There’s not a quarterback in college football right now better than Jalen Hurts in the NFL. … He will be the franchise quarterback because he’s there and he’s going to be there for the next several years.”