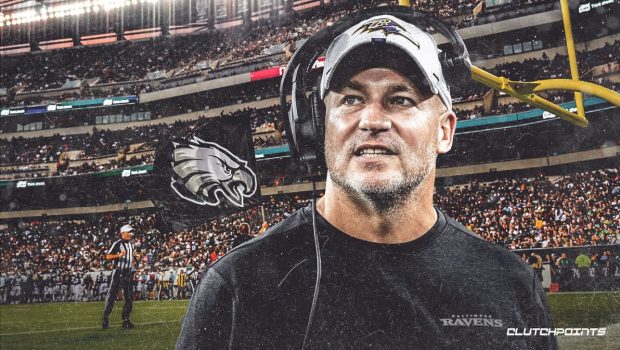 He has already spent time in Philly, under Andy Reid.

Lamar Jackson thrived in 2019, and is faved for MVP.

The Ravens went 14-2 and had an incredible offense this year. The quarterback was the star though, and Urban was the coach of that group.

So it makes sense that he would be getting interest from some teams. The Eagles have a star at quarterback themselves in Carson Wentz. They would love to find someone to come in who could tap into that final gear and turn Wentz into one of the best quarterbacks in football.

Urban was part of the process that turned Jackson into an MVP. Maybe the Eagles believe he can make Wentz an MVP as well. That should be all the motivation they need to get him to Philly.

As the #Eagles seek an offensive coordinator, one person I'm told they're interested in is #Ravens QB coach James Urban. He was in Philly for years under Andy Reid and has played a key role in Lamar Jackson's development.