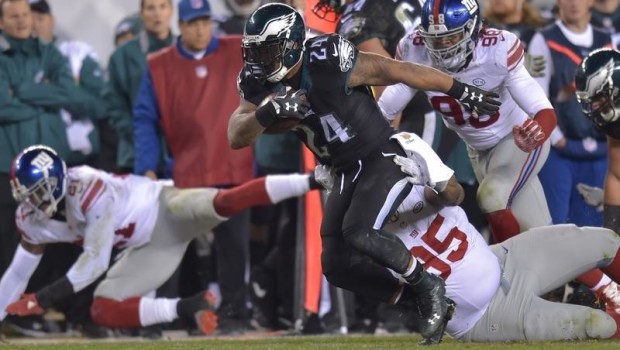 EAGLES INJURIES: ONLY MATHEWS STILL ON SIDELINE FOR PATS GAME

If you’re judging who will play for the Eagles on Sunday against the Patriots by the Thursday release of the injury report, you are smiling on Friday.

Only one player did not practice on Thursday: running back Ryan Mathews. He’s been out since leaving the Eagles’ Week 11 game early with a concussion. Mathews will likely miss this week’s game after missing so much practice time once again. This means DeMarco Murray will get the bulk of carries with Darren Sproles and Kenjon Barner also mixing in.

Sam Bradford is on pace to return to the field this week after missing Philly’s last two games. Bradford has been a full participant in practice all week.

Starting safety Walter Thurmond and starting defensive end Cedric Thornton returned to practice after missing sessions on Tuesday and Wednesday. Thurmond was a full participant while Thornton was limited.

Nelson Agholor was a full participant on Thursday after being limited on Wednesday.