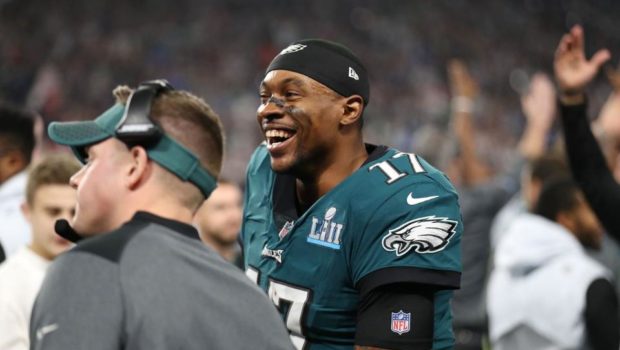 EAGLES INJURIES: AJAYI AND SPROLES OUT, JEFFERY COULD PLAY!

The Eagles just released their final injury report for Sunday’s Colts game at the Linc:

Running backs Jay Ajayi (back) and Darren Sproles (hamstring) have been ruled out after being unable to practice all week. The next back in line, Corey Clement, appeared on Friday’s report with a quad injury and is listed as questionable, but is expected to play. Wendell Smallwood and rookie Josh Adams will be called on to try and fill the void if he can’t go.

Receiver Alshon Jeffery is listed as questionable, as is left tackle Jason Peters (quad). Jeffery has still not been cleared for contact, coach Doug Pederson said, but has been increasing his workload in practice. They could use him, especially with fellow starting receiver Mike Wallace being placed on injured reserve this week with a fractured fibula.