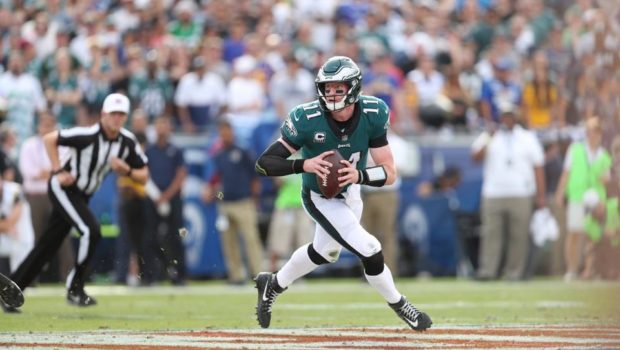 Okay, Eagles quarterback Carson Wentz wrecked his knee against the Rams on Dec. 10 and is out for the season.

But he has still made a pretty good case for NFL MVP:

Even after missing last week’s game with his season-ending knee injury, Wentz leads the NFL with 33 touchdown passes against just seven interceptions. He ranks second in Total QBR this season behind only Deshaun Watson — what might have been, right? — and is obviously a massive part of the reason the Eagles have the best record in the NFL.

It’s that season-ending injury. Last year Tom Brady missed the first four games of the season because of suspension. It’s hard to give an MVP award to a guy who plays only 75 percent of the season when you have good candidates who have played 100 percent.