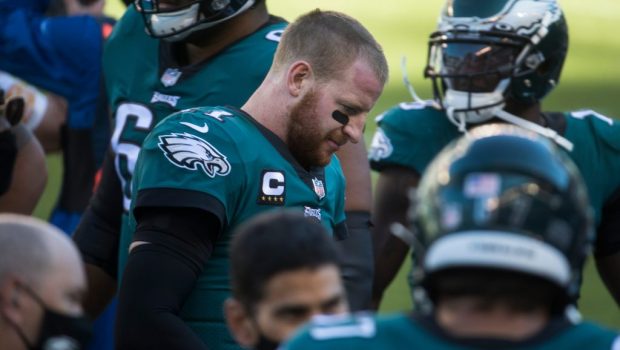 EAGLES IN NINERSLAND: WHY THE PUBLIC HAS BET THEM INTO A 7-DOG!

The Eagles are in deep trouble.

Deeper even than they were offensively heading into Week 3 against the Bengals.

Carson Wentz produced another four turnover-worthy plays, bringing his total on the season to 12 — double the next closest quarterback.

He is the only quarterback in the NFL with an accurate pass rate below 40%, as well. Injuries to Jalen Reagor and Dallas Goedert make an already questionable receiving corps that much thinner for this game against San Francisco.

Even at 0-2-1, the Eagles are very much still relevant in the NFC East from a theoretical standpoint. They sit just a half-game back of the division lead heading into Week 4. Realistically, they will quickly play their way out of contention if this offense continues to struggle. They’re running out of time to right the ship.

The Eagles’ pass offense has plenty of problems this season. Miles Sanders has been one bright spot for the offense. After missing Week 1, he’s been RB13 over the last two games. His 15 targets are tied for the fourth-most in that time, while his 190 rushing yards are seventh. The only thing holding him back from being even higher is too few touchdowns.

His strong start to the season will hit a road bump against the 49ers’ run defense. Even with all of the injuries the defense has faced, they’ve still limited opposing running backs to the fewest fantasy points per game 15.4 points. Running backs have averaged 3.2 yards per carry against them. If you have alternatives to Sanders, it might be good to bench him.

The Eagles’ defense has been great at pass rushing this season and average at everything else. With all of the injuries the 49ers have dealt with, San Francisco could struggle to put up a lot of points. If Raheem Mostert or George Kittle are able to come back from injury, and it sounds like they will play significant playing time, they are worth starting because either one could be the focal point of the offense.

Without them, it could be Jerick McKinnon who becomes the focus. He and Jeff Wilson shared playing time last week, but McKinnon played more regardless of the situation. He is a relatively safe play if Mostert is still out.

The spread movement has sided heavily with this evaluation, pushing this opening -3.5 out to -7. A lot of this is also related to the positive injury news many expect for Jimmy Garoppolo. The question is, do quarterbacks even matter in a Kyle Shanahan offense? 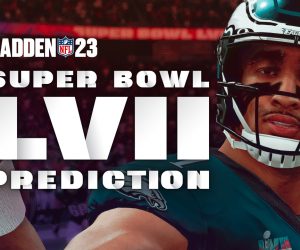