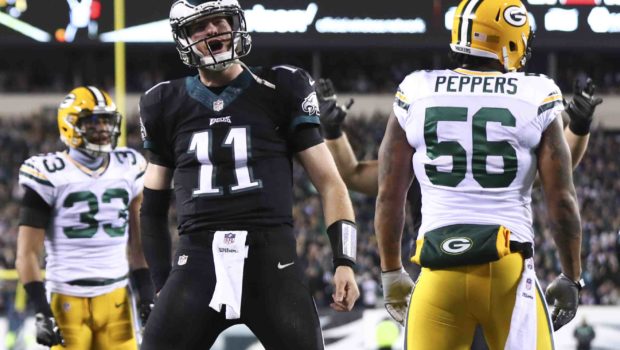 EAGLES IN ‘MUST-WIN’ THURSDAY AT THE PACK: HERE’S THE HISTORY!

Don’t look now, but the 1-2 Eagles play the Packers in Green Bay Thursday night and it could get ugly.

In fact, this may be the earliest “must-win” game in recent Birds history.

So, here’s some history:

THE DOPE ON THIS WEEK’S OPPONENT

vs. Opponent: Pederson 0-1 vs. Packers