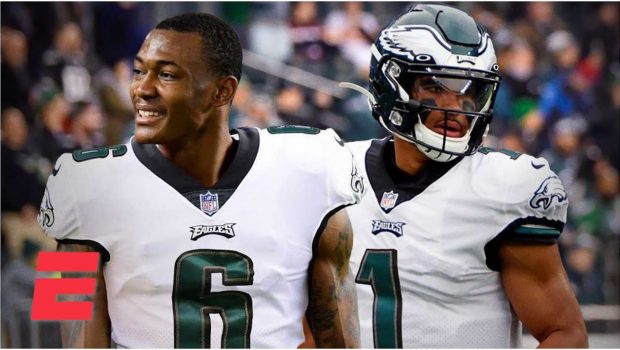 Every Monday morning NBC Sports’ Peter King empties his notebook for what is called “Football Morning in America.”

It’s May 24, so this may not have the resonance it would in the middle of the 2021 season.

But here’s King’s conventional wisdom take on the Eagles:

This season falls under the category of a classic rebuilding year.

The coach and quarterback who were the foundational long-term pieces of the team just nine months ago are gone, and Nick Sirianni and Jalen Hurts are in their places—for now. Come to think of it, that’s the most shocking thing that’s happened in the NFL in the last year.

Sirianni and Hurts in, Doug Pederson and Carson Wentz out is, well, it’s more shocking than Tom Brady leading the Bucs to a world championship.

The Eagles should have three first-round picks to replace Hurts if need be next April. But for the time being, Hurts will have his chance to be the Dak Prescott of the Eagles, the guy drafted as insurance but who took the job for himself and wouldn’t let it go.

GM Howie Roseman did Hurts a favor by drafting his old friend from Alabama, Devonta Smith. I think Smith will be good in the NFL—he’s a competitive player who wins more 50-50 balls than a 6-0, 170-pound sprightly receiver should—and, as importantly, he won’t be cowed by the toughest fan base in the league. I think he’ll play to it and love it.

But the Eagles have some long-term problems, like the state of an aging offensive line, and some significant age on the defensive front.

I do like the Ryan Kerrigan addition, at least for one bridge year. A bridge year, the Eagles hope, to a brighter future after an offseason of mayhem.