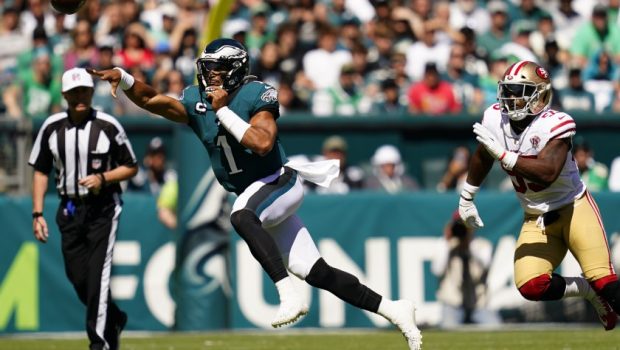 After lighting up the Atlanta Falcons last week, Eagles quarterback Jalen Hurts got a Gentleman’s C at best yesterday against the Niners:

He took risks, held onto the ball too long and broke the structure of the offense.

According to Pro Football Focus:

Hurts looked good when operating from a clean pocket, but he was far more rattled under pressure this week compared to Week 1.

Fourteen of his 30 dropbacks were under pressure, and he completed only two passes.

Hurts did produce a couple of explosive scrambles on such plays, but the Eagles’ were still overwhelmingly inefficient in that facet.