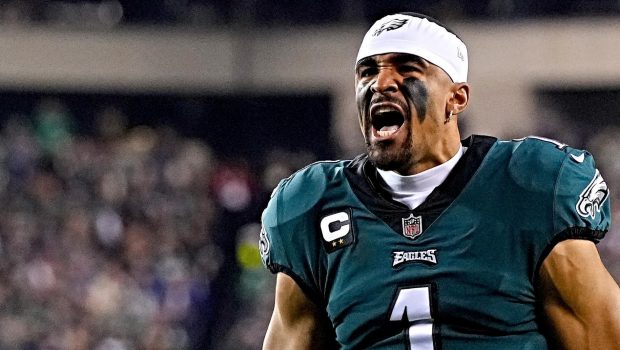 EAGLES HURTS FINALIST FOR MVP: HE’LL GET PHILLY-SCREWED TOO!

Mahomes, the 2018 NFL MVP, threw for 5,250 yards and 41 touchdowns and added 358 rushing yards. He set an NFL record with 5,614 yards of total offense, leading the Chiefs to another AFC West title and the conference’s best record.

In his third season, Hurts solidified his status as a franchise quarterback, completing 67 percent of his passes for 3,701 yards with 22 touchdowns and six interceptions, adding 760 rushing yards and 13 scores. The Eagles finished with the NFC’s best record, despite Hurts missing two games with an injured shoulder.