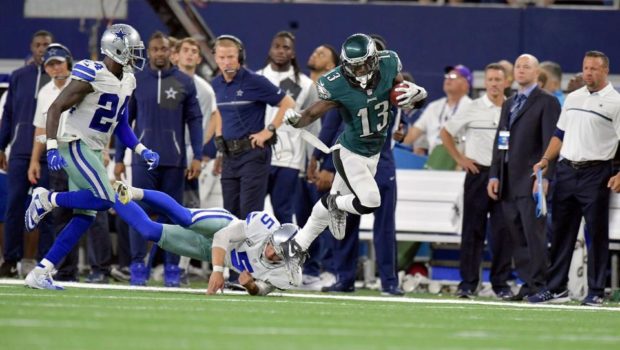 EAGLES’ HUFF HONORED, THEN NAILED FOR SPEEDING, GUNS AND WEED!

It’s the best of times and the worst of times for Eagles wide receiver Josh Huff.

He was named NFC special teams player of the week.

And CBS3 is reporting that he was arrested on the Walt Whitman Bridge this morning.

According to sources, Huff was allegedly speeding and in possession of marijuana and a gun.

It is unknown if the gun is registered and if he has a permit. The Camden County Prosecutor’s office is investigating.

The Eagles released a statement saying, “We are aware of the incident today involving Josh Huff. At this point, we are gathering more information.”

Huff has 13 catches for 72 yards and one touchdown this season, his third. He also has a 98-yard kick return touchdown.