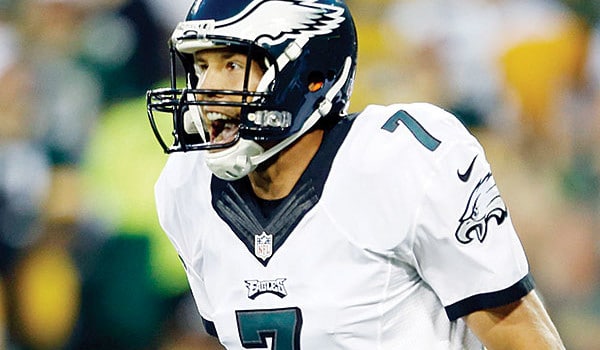 The Eagles just traded for the No. 2 pick in next Thursday’s draft, shipping a boatload of draft picks to acquire the No. 2 overall pick from the Browns, with the assumption they will select a quarterback.

Eagles executive vice president Howie Boy Roseman said that will not change the starting gig in 2016.

“Let me be clear, Sam Bradford is our starting quarterback,” Roseman said today. “We told Sam that. We intend to support him and the moves we made this offseason we believe will give us a chance to compete this season.”

NFL Media Insider Ian Rapoport reported that the Eagles didn’t intend to trade Bradford and have instead created a situation in which their rookie quarterback doesn’t have to play for a year or two.

Several draft analysts believe Carson Wentz, coming out of North Dakota State, could use time to develop. If Wentz becomes the pick at No. 2, the Eagles are in a position to sit him in 2016 and continue to compete in a winnable NFC East.