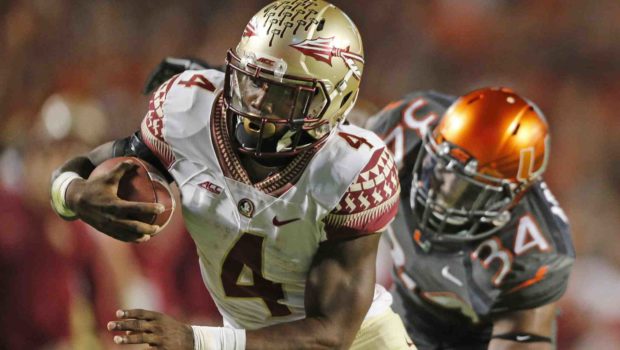 The Eagles are smitten with Florida State running back Dalvin Cook.

According to Tomahawk Nation, Eagles running backs coach Deuce Staley held a private workout with the likely first round pick.

Most mock drafts have Cook being taken somewhere in the middle of Round 1, right where the Eagles pick lies at 14-overall.

The Eagles already have Ryan Mathews and Darren Sproles atop their RB depth chart, but a change could be in the works — particularly with the team currently around $8 million over the salary cap (Mathews could shed $4 million in cap room if cut).

Cook ran for more than 1,700 yards last year for the Seminoles and could be the first running back off the board in next month’s draft.