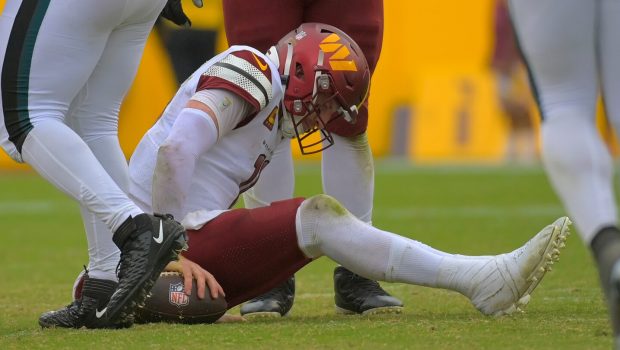 The Eagles hit Carson We4ntz 17 times yesterday, and forced him to fumble twice — one of which he lost.

They sacked him nine times!

2 away from tying Eagles record
pic.twitter.com/q3wYbjgKN7

Wentz’s first-half statistics were truly indicative of how much he and the Commanders struggled vs. defensive coordinator Jonathan Gannon’s unit.

He completed just 3 of 10 passes for 24 yards and was sacked six times to give Washington a net total of minus-16 yards through the air before the break.

Wentz was sacked three times on his first five drops, and coughed up the football in the second quarter when Brandon Graham karate-chopped his arm, setting up the Eagles’ first touchdown.