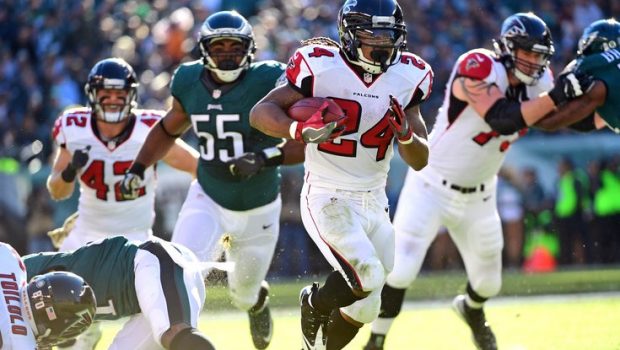 The Atlanta Falcons released Devonta Freeman in March after he spent the first six seasons of his career with them.

In 2019, Freeman rushed for only 656 yards and two touchdowns on 184 carries. His 3.6 yards per rushing attempt were the lowest mark of his career.

Nevertheless, at 28 years old, Freeman can still be a complementary back for an NFL team in 2020.

The Eagles had Devonta Freeman in for a visit. Similar to Cordy Glenn, it’s a process that takes a few days

One thought on “EAGLES HAVE WORKED OUT RB DEVONTA FREEMAN!”