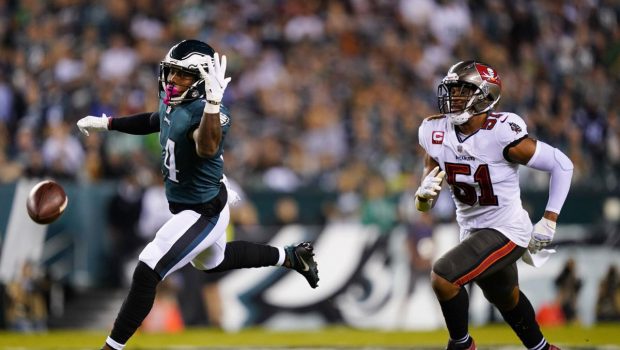 The Eagles are 2-4 and headed into the softer part of their schedule starting next Sunday against the Raiders in Vegas.

We don’t know enough about this bunch to predict how they’ll do this season, but the New York Times Mike Tanier has an interesting take:

A franchise needs salary cap space and extra draft picks to overhaul its roster, so many rebuilds start with an estate auction in which veterans are traded to contenders for future draft picks.

The Philadelphia Eagles entered Phase Three in February when they traded quarterback Carson Wentz to the Indianapolis Colts.

The Eagles will spend this year eating ramen noodles while paying down over $57 million in outstanding cap debts, but having multiple first-round picks next year could make the sacrifice worthwhile.

Cap-relief transactions have become so common that fans of perpetually rebuilding teams often root for them in lieu of victories as a coping mechanism.

We just lost 42-6, but we traded the linebacker with the $30 million contract for a 2024 sixth-round pick. Let’s throw a tailgate party!