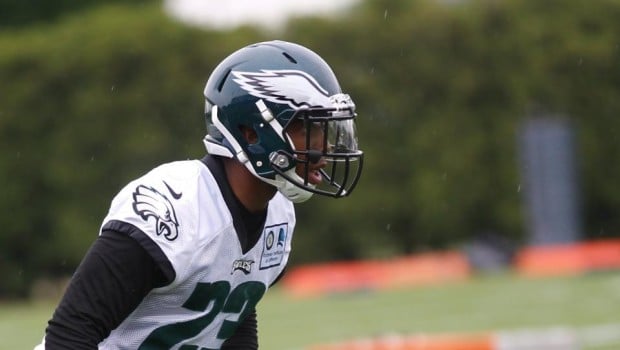 In a pair of trades that netted the Eagles a move from No. 13 to No. 8 in the draft and a third-round pick, respectively, the Eagles lopped off two very large contracts they gave out last offseason that looked destined to clog their books for years. Instead, they got out from underneath and were able to use the room they created to land players like Brandon Brooks and Rodney McLeod.

At some point during the draft process, the Eagles decided Carson Wentz was their quarterback of the future. Given that they were originally slated to draft at No. 13, they didn’t stand much chance of getting him when the offseason started. Through a series of moves, the maneuvered their way up to No. 2 in the draft and got their man.

The Eagles already had the best safety in the NFC East in Malcolm Jenkins, and they added former Rams safety Rodney McLeod (above) in free agency. McLeod’s a former undrafted free agent who played his way over the last few years into one of the biggest contracts among players at his position.

When you have to deal with Odell Beckham, Dez Bryant, Jason Witten, DeSean Jackson, Pierre Garcon, Jordan Reed, and Vernon Davis in your division, having a good pair of safeties is pretty important.