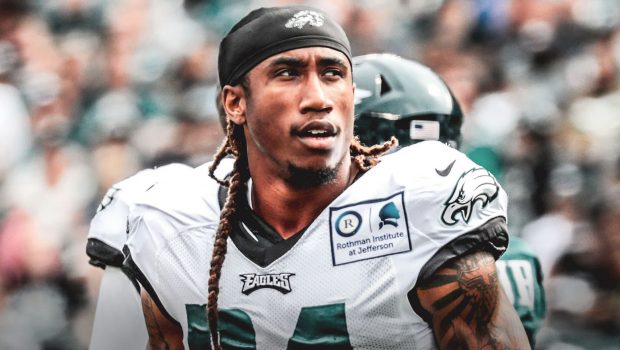 EAGLES HAVE LOTS OF NEEDS AND CAP SPACE THIS OFF-SEASON!

Here are the details of the Eagles off-season needs and their financial ability to fill them:

The Eagles wide receivers produced the worst receiving grade in the NFL in 2019.

With the $40 million at their disposal, they have to add a wide receiver. Robby Anderson is an intriguing option for the Eagles — he’s racked up the 11th most receiving yards on 20-plus yard targets since 2016 and did so while seeing just a 41% catchable target rate on those deep passes (eighth lowest). He won’t win in contested situations, but he can torch you with his speed and would be a nice compliment to Alshon Jeffery.

Jason Peters highlights the Eagles’ crop of soon-to-be free agents, and while he might be 38, he was still the sixth highest graded tackle of 2019. Peters has said he still has another year left in the tank, so the Eagles should act on that. Both Ronald Darby and Jalen Mills will enter free agency, and considering they were 110th an 99th in PFF grade among cornerbacks in 2019, respectively, it might be best to pursue other options.

Neither Eli Apple nor Trae Waynes have quite proven themselves yet, but they were both average to above-average in PFF grade, ranking 61t and 44th, respectively. They’ll both likely receive one-year, prove-it deals and who knows — they might finally break out with the Eagles. Either way, they would be an incredible upgrade from what we saw out of Philadelphia’s corners in 2019.