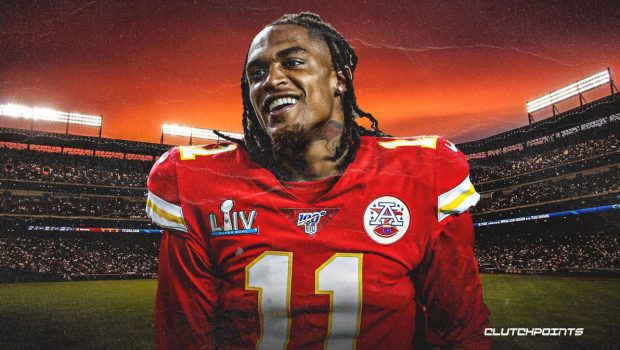 While the Eagles ranked in the top half of the NFL in terms of defensive DVOA (Defense-adjusted Value Over Average), their offense sputtered amid injuries and failures at the skill positions.

They didn’t have a single receiver with over 1,000 yards, and Nelson Agholor–who entered the season as the team’s No. 2 wideout–had a catch rate of just 56.5 percent. Primary receiver Alshon Jeffery was hardly any better, at just 58.9 percent.

The Eagles are hoping to add depth at the receiver spot, and they are reportedly targeting Kansas City Chiefs wideout Demarcus Robinson, according to the Inky:

Demarcus Robinson was one of the Eagles’ 30 pre-draft visits before the 2016 draft.

General manager Howie Roseman liked the Florida wide receiver, but not enough to select him before the Chiefs in the fourth round.

“The Chiefs drafted me,” Robinson said when asked about the Eagles’ then-interest, “so they must not have like me more than the Chiefs did.”

Nevertheless, the Eagles could have another opportunity to snag Robinson. He is slated to become an unrestricted free agent next month, and per NFL sources, Roseman and company have the 25-year-old receiver in their sights.

Robinson was one of the more explosive receivers in Kansas City’s passing game.

The former Florida Gator averaged 14.0 yards per reception to go along with four touchdowns this past season, though his catch rate also hovered around that of Agholor’s and Jeffery’s.

Nevertheless, the Eagles could use more speed and weaponry to supplement quarterback Carson Wentz, and Robinson is likely to be more of a bargain than other free agent wideouts such as Robby Anderson.