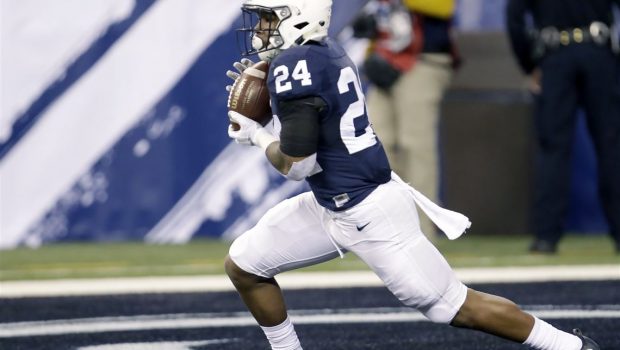 The NFL draft is only four nights away, and the Eagles may be looking to snag a Penn State Running back:

According to Philly.com, the Eagles have continued to show interest in Penn State running back Miles Sanders, and have used a top-30 visit on the player to have him come to their NovaCare Complex:

“The Eagles like Sanders. A lot. But it remains to be seen whether he’ll still be on the board when they select in the second round.” Domovitch said.

The Eagles currently have the 25th overall pick in the draft, but have other positions to fill.

The Birds don’t select until the 53rd and 57th pick, and there’s no guarantee that Sanders will be there by then.

Of course, the Eagles could also be considering trading up in an effort to snag Sanders, but they’ll have to see how the board falls for them.

Sanders is considered one of the better running back prospects, but he made a name for himself thanks to a great showing at the NFL Scouting Combine, where he ran a 4.49 40-yard dash, and posted a 4.19 agility shuttle, and a 36-inch vertical leap.