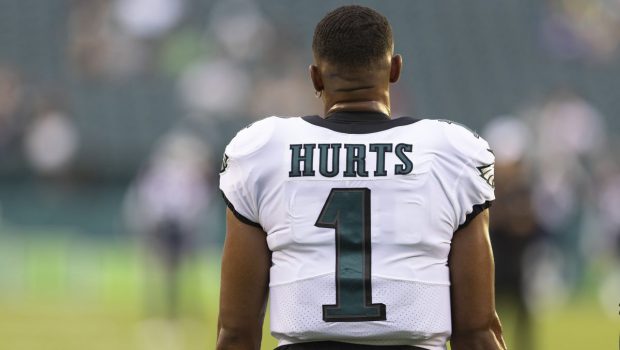 The Eagles have added a lot of talent from March through July:

Haason Reddic, who can edge rush.

AJ Brown, who can catch with the best of them.

James Bradberry, a corner to go with Darius Slay.

But it will be quarterback Jalen Hurts who is the key to another playoff run, this time past the first round and out.

If he continues his development and becomes a top-shelf QB, the Birds are in very good shape, especially with the improved collection of weapons around him.

If he continues to struggle against better opponents, then it could be time to move on at the most important position.

The addition of Brown helps the receiver group considerably, and if Miles Sanders can stay healthy, the ground game should be fine. If he can’t, the Eagles will be somewhat one-dimensional. The addition of Reddick and the return of Graham should fortify the pass rush, which will help the secondary. Still, the Eagles’ defensive backfield needs some upgrades. And it would be good if the special teams took a step forward, particularly the return and coverage units.

It’s good for the Eagles that the NFC East is in such flux. New York and Washington have stumbled around, and the Cowboys continue to underachieve. Still, Philadelphia can’t depend on its neighborhood’s low profile forever. It needs better quarterback play and improved defense against the pass — among other things. Last year was surprising, but it is unwise to expect a big jump forward in 2022.