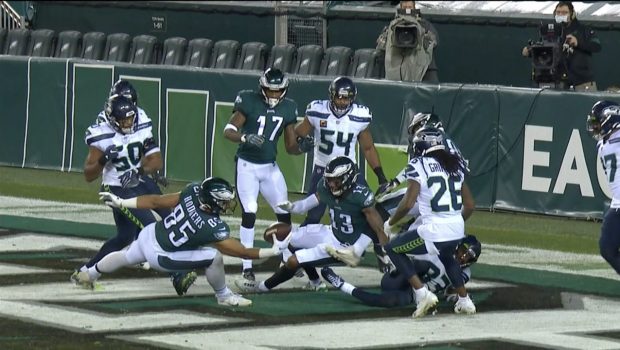 Eagles fans are beaten down by the team’s spiraling season, especially last night’s 23-17 loss to the Hawks.

The Eagles Richard Rodgers caught a Hail Mary and then the Birds went for 2 when most would have just kicked the extra point.

When the Eagles got into the end zone for 2, it was a ridiculous beat for Seahawks backers, and there were many of them. It had to be a happy play for sportsbooks.

BetMGM saw almost 90 percent of bets come in on Seattle before kickoff. Many of those bets came when the Seahawks were -5 or -5.5, but there were plenty of tickets with -6 or -6.5 printed on them.

That bettor will never forget the final few seconds of last night’s game.

The Eagles scored on a weird lob pass that was batted back to Rodgers, who made a great catch for the touchdown with 12 seconds left. No big deal. The Eagles would kick the extra point to cut it to 7 points with the extra point and … wait, the Eagles are going for 2?

The Eagles handed to Miles Sanders, who ran past a disinterested Seattle defense. That score cut Seattle’s lead to 6, and it meant that the Eagles were covering the 6.5-point spread. Seattle then recovered the onside kick and the game was over. 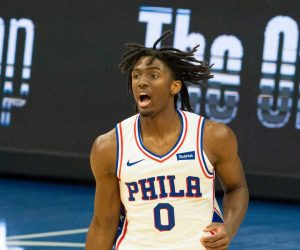