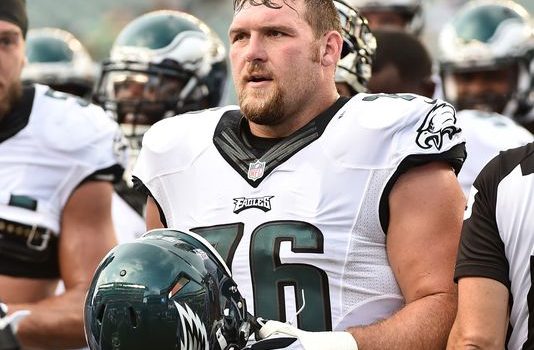 Eagles guard Allen Barbre has an ax to grind.

And he doesn’t call Sunday’s opponent by name.

The push to officially change the name of Washington’s NFL franchise has been led by more than 30 Native American organizations along with civil rights activists and politicians who feel “Redskins” is a racist and dehumanizing term.

For Barbre, the name is personal. He told the website that his great-great-grandfather was a Chief of the Tunica-Biloxi Native American tribe and his grandfather still lives on the Louisiana reservation.

“It’s probably offensive to some people, and I can see why,” Barbre told NJ.com. “It’s certainly a derogatory term from back in the day, but I never put a lot into it.

Barbre said he hasn’t discussed the Redskins’ name with family members and there’s more than just what a team calls themselves that irks him.