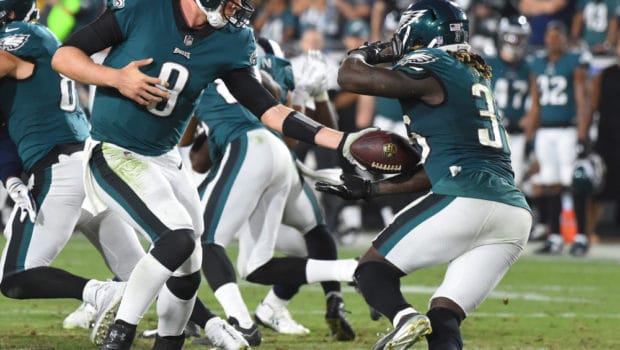 WHY EAGLES’ GROUND GAME IS VITAL TO A WIN SUNDAY V. THE GIANTS!

Doug Pederson would be well-served to remember that when Eagles quarterback Nick Foles had his career year in 2013 (27 TD’s, 2 picks), so did LeSean McCoy:

Shady posted a league-leading 1,607 rushing yards, with another 539 yards through the air, and 11 touchdowns.

Foles needs similar production out of his current backfield.

In the five games since Jay Ajayi joined the Eagles, he and LeGarrette Blount have gained 532 yards on the ground, while averaging 5.5 yards per carry. For Foles to achieve maximum effectiveness, this duo has to dominate games.

The Giants are allowing the most rushing yards in the NFL, at 1,462 — a byproduct of losing 11 games. This is a weakness Blount and Ajayi must exploit, particularly, to set up the next big key to the game. 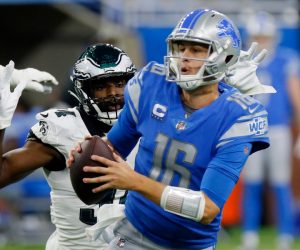 0 thoughts on “WHY EAGLES’ GROUND GAME IS VITAL TO A WIN SUNDAY V. THE GIANTS!”