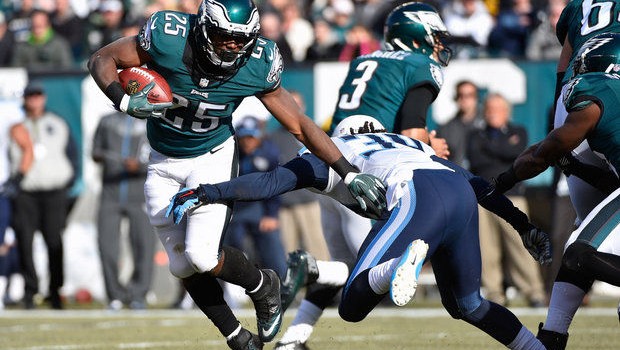 The Eagles had a nice balance of offense and defense in their 43-24 victory Sunday over Tennessee at the Linc.

LeSean McCoy (photo above) had a big day on the ground, running at will on the Titans for 130 yards on 21 carries with a touchdown. Jordan Matthews caught six passes for 77 yards.

Mark Sanchez had a respectable 30 of 43 performance with 307 yards passing, one touchdown and two picks. Zach Mettenberger went 20 of 39 with 345 yards passing, two touchdowns and one pick for the Titans.

But the Birds’ defense was the deciding factor, allowing 52 yards rushing and 345 passing. They harassed Mettenberger and the Titans offensive line with an imposing five sacks.