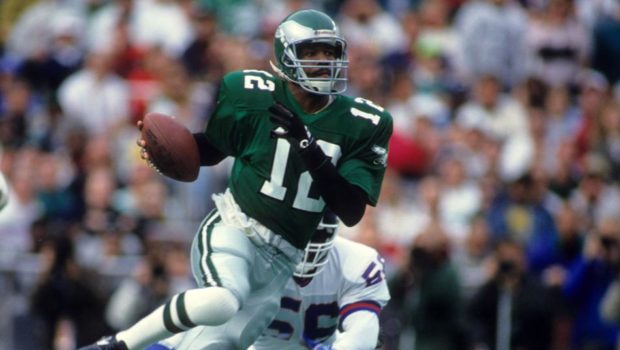 Former Eagles quarterback Randall Cunningham has found a way to keep his hand in the NFL.

Make that hand to God.

Las Vegas native Cunningham, who has launched his own church in the city, will take over as the Raiders chaplain this season, ESPN is reporting.

“I’m elated, flabbergasted,” Cunningham said, via ESPN. “I’ve already been in on some [Zoom] meetings with the team. I plan on spending a lot of time with the guys when it’s OK. I’ve talked with Marcus Mariota, Nelson Agholor.

“What an amazing group of people Mark Davis and Jon Gruden have put together … Gruden asked me to be the team chaplain. I have a responsibility to look after these guys in this town. And I accept that responsibility.”

Cunningham spent 11 seasons with the Eagles from 1985-95, earning three Pro Bowl nods and three All-Pro selections. Gruden was the offensive coordinator for Cunningham during the 1995 season.

Cunningham, 57, runs his church Remnant Ministries, and serves as its pastor. His daughter, Vashati, is an Olympic high jumper and finished 13th at the 2016 Summer Games in Rio de Janeiro. She won the bronze medal in the event at the World Championships in 2019.

“He’s going to take care of the guys in Las Vegas,” Raiders owner Mark Davis said, via ESPN. “Jon had him address the team in a team Zoom [recently] and he did a really good job of setting the stage for the team in Las Vegas.

“When you talk to anyone in the community, everybody always talks about Randall. It’s pretty special.”