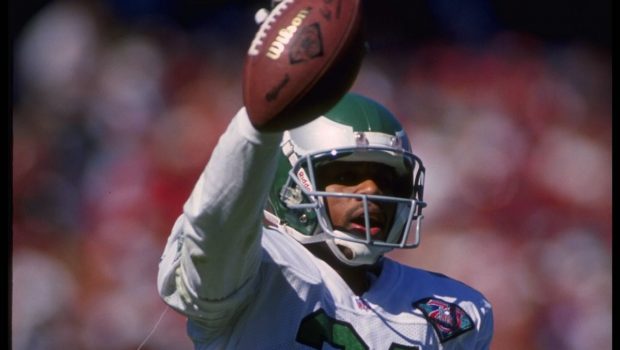 Allen is one of the overlooked players of those great Eagles defenses of the early 1990s.

A lot of these guys, like Jerome Brown and Clyde Simmons, never seem to get the credit they deserve.

He was a one-time first-team All-Pro (1989) and a two-time second-teamer, but team accomplishments (or a lack thereof) often overshadow individual achievements, and you feel like if the Eagles had won a Super Bowl with Buddy Ryan, Allen would have received this kind of attention a long time ago.

As for Allen as a player, the one play that stands out was his 94-yard interception return off Boomer Esiason in 1993.

2 thoughts on “EAGLES GREAT CB ERIC ALLEN IS A HALL OF FAME SEMIFINALIST!”