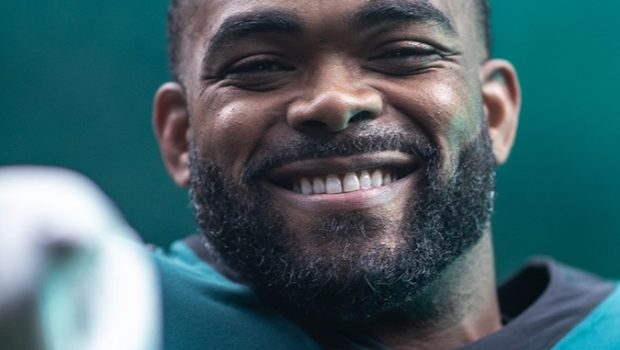 Brandon Graham snapped up three of the Eagles seven sacks last Sunday in the win at the Giants.

Not bad for a 34-year-old who doesn’t start.

And the NFL has noticed, making him the NFC defensive player of the week.

Graham tied his career-high with the three sacks, which included a forced fumble.

He did it while playing just 45 percent of Philadelphia’s defensive snaps.

It’s just second time in Graham’s long, productive career that he’s won defensive player of the week — both of which have come this year. He previously won it in Week Three, recording 2.5 sacks, a pair of tackles for loss, and five total QB hits in the victory over Washington.

Graham has 8.5 sacks, nine tackles for loss, 13 QB hits, and a pair of forced fumbles this season.

He and the rest of the Eagles will take on the Bears in Week 15.