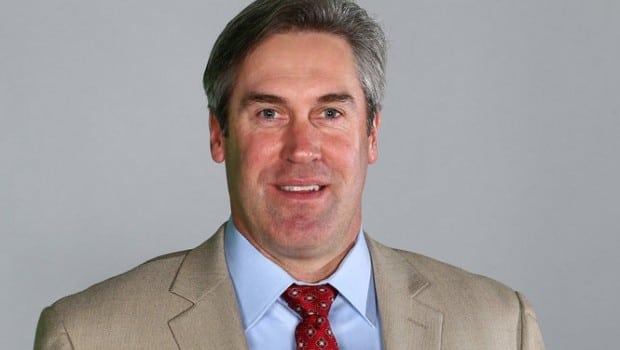 EAGLES GRADE OUT AT A C+ FOR DOUG PEDERSON COACHING HIRE

Pederson was the final coach made official yesterday afternoon with the Eagles announcing his hire shortly after the Chiefs were eliminated.

The Chiefs offense was a snail stuck in molasses during the final stretch of the Patriots game. Pederson’s gotten a lot out of a little with Alex Smith and crew, making Smith a mistake-free quarterback and high-end game manager. But it’s weird to run off Andy Reid — who can still clearly coach — only to bring in Chip Kelly and run him off after one bad season and then bring back a Reid assistant right?

Just keep Reid in the first place, especially with Pederson now having to use Kelly’s players. Doesn’t help for the Eagles to get rebuffed by Coughlin and McAdoo either.

Check out all the grades for NFL coaches: