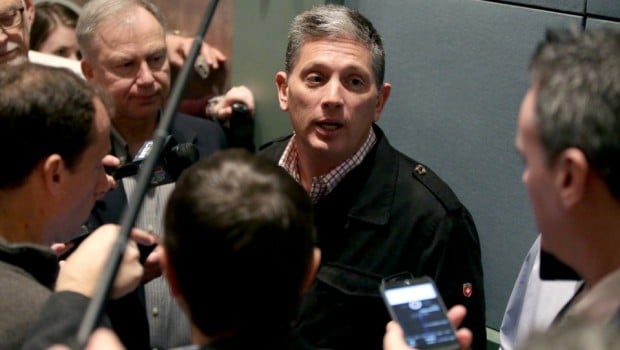 EAGLES GOING SLOW AND STEADY IN PHASE 1 STRENGTH AND CONDITIONING

The Eagles’ 2016 offseason started Monday at the NovaCare complex as the players reported on a voluntary basis.

The Eagles, Browns and San Francisco 49ers – all teams with new head coaches – officially started their offseason programs on the same day.

Phase One is the first of three phases in an NFL offseason that lasts a total of nine weeks, per the collective bargaining agreement. Phase One lasts for two weeks and focuses on strength and conditioning work as well as physical rehabilitation.

Additionally, coaches are permitted to have players in meetings and talk football for the first time in the offseason. Previously, in the case of the Eagles, head coach Doug Pederson was able to reach out and speak to his players in an informal manner only, with no football-specific conversations.

Now, the position coaches will meet with the players, who are permitted to be at the NovaCare Complex for a total of four hours per day during this two-week period, Monday through Thursday of each week. Any on-field work is limited to players doing conditioning drills with the strength and conditioning staff. Quarterbacks and receivers are permitted, on a voluntary basis, to throw and catch on the field, with no coaches present to oversee or interact with the activities. Players are permitted to be on the field for a total of 90 minutes each day, including the time spent conditioning and any time spent voluntarily working with other players.

“I think everyone is excited. One thing you need to keep in mind is that it’s not an overnight process,” defensive coordinator Jim Schwartz (above) said last week on the Eagles Live Podcast. “There is a process that it goes through and you can’t try to do too much too soon. You don’t play a game until September. We need to be ready then. We don’t need to be ready next week.”