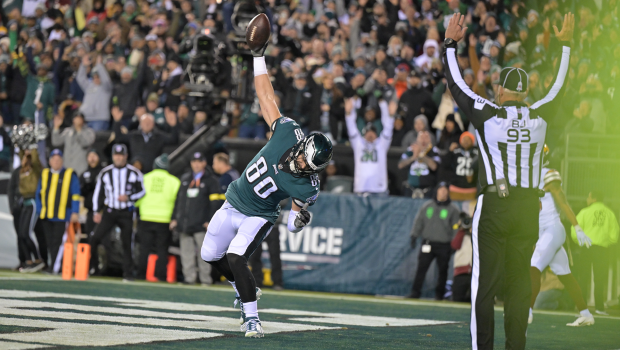 EAGLES GOEDERT IS BACK, AND HE’LL START AGAINST COWBOYS!

Tight end Dallas Goedert has been activated to the Eagles 53-man roster and will return to the starting lineup on Saturday night against the Cowboys.

Goedert suffered a shoulder injury in the November 14 game against Washington and has missed five games. He returned to practice last week and made “good progress,” said coach Nick Sirianni, but the team decided to wait one more week before adding him to the 53-man roster.

Goedert has 43 receptions for 544 yards and 3 touchdowns in his 9 games played.