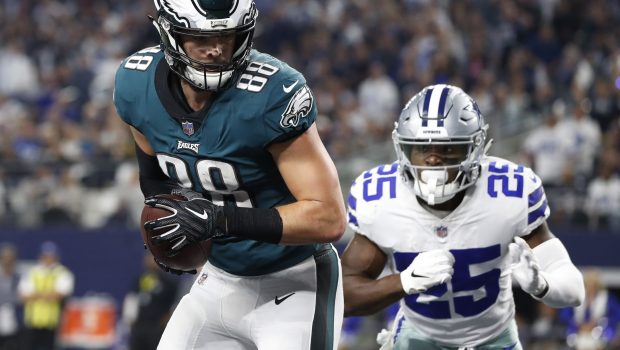 EAGLES GOEDERT AND D-JAX GOING TOO LOW IN FANTASY DRAFTS!

Here’s a tip for fantasy drafters:

He’s competing for looks with Zach Ertz and suffered a calf injury that knocked him out for most of the preseason, but Goedert is clearly a star in the making and gets to play in an innovative offense with Carson Wentz, who’s targeted tight ends more than any other QB over the last three years.

DeSean Jackson is also going too low in drafts.