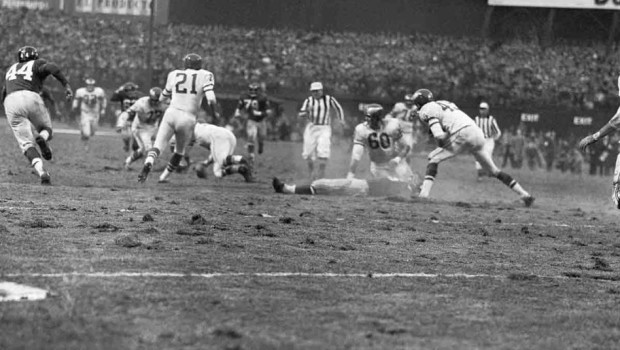 NOV. 20, 1960: THE HIT
Eagles linebacker Chuck Bednarik knocked out Giants halfback Frank Gifford with a perfectly legal hit during the Eagles 17-10 win at Yankee Stadium. The Birds won the rematch the next week at Franklin Field on their way to the 1960 NFL championship — the franchise’s last crown.

Gifford missed the rest of the year and retired in 1961, though he un-retired the following season, making his comeback as a wide receiver.