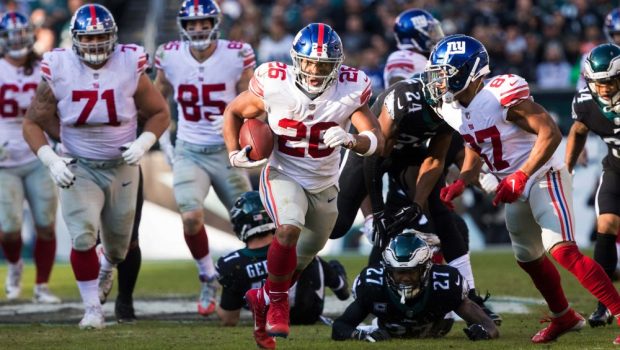 EAGLES-GIANTS MAY BE BEGINNING OF NY END FOR SAQUON BARKLEY!

It’s hard to fathom, but the Giants last three games — beginning with Sunday’s Eagles game at the Linc — may be the last for Saquon Barkley in a New York uni.

“Don’t really have enough time to really think about that,” Barkley said Thursday after practice. “I would love to be here forever. All the other stuff [a new contract], I really don’t have time to focus on.”

Asked if he believes these last three games can help influence his future with the Giants, Barkley said, “I’m not kind of going to the games with that mindset. I might sound a little selfish, but I want to go out there and finish on a high note for myself, too. Just continue to build that confidence and lead into the offseason and get myself prepared and ready for the rest of my career.”

What that “rest” of his career will look like and with whom it’ll take place, no one really knows.

Barkley knows he felt like he was about to break out and become that player of 2018 and ’19 when he produced 126 yards of offense and two TDs in a scintillating overtime win over the Saints in New Orleans in Week 4. It was that game in New Orleans when Barkley thought he was back.